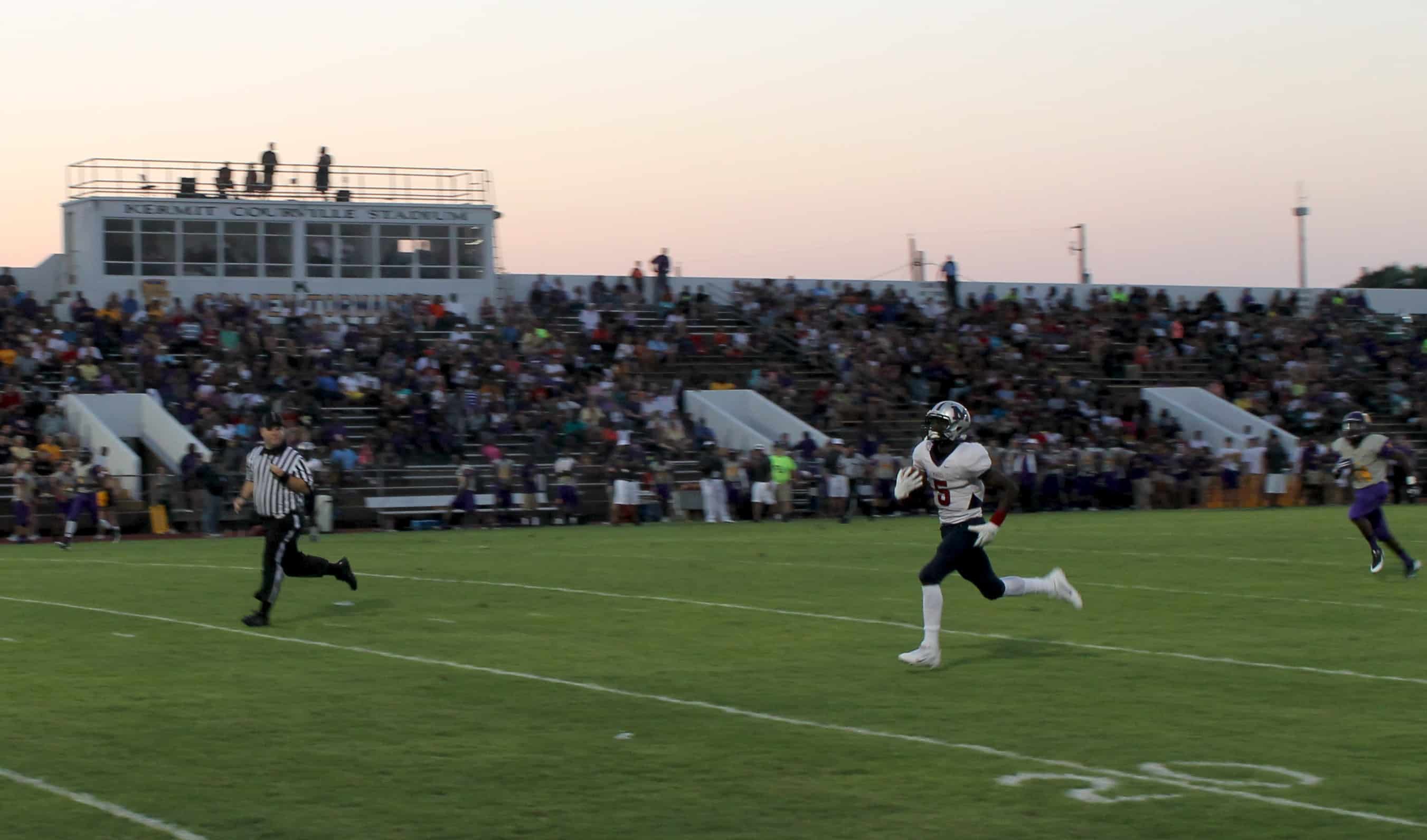 There was no surprise regarding the outcome of Manvel’s game against Galveston Ball. The Tornadoes have been on the down slide since Hurricane Ike and they still have never recovered.

When the Mavericks landed on the rock, it didn’t take the Mavs long to let everyone know which way this game was going to go.

It took only 25 seconds for the Mavs to hit pay dirt as sophomore Reggie Hemphill gathered in a 28-yard pass from QB Deriq King to jump out to a quick 7-0 lead following the PAT by Julius Montano.

That score opened up the flood-gates for the Manvel offense as the Mavs scored 29 more points during the 12 minute period.

King tossed two more long-range bombs with Gary Haynes catching one pass covering 60-yards for a score with 10:29 left in the quarter and Hemphill catching his second touchdown covering 59-yards for a 21-0 lead.

Ball High got on the board with a long scoring pass of their own covering 79-yards at the 5:38 mark to close the gap to 21-7, but that is as close as the Tors would get.

Manvel scored two more times as D’Vaughn Pennamon found the end zone on runs of 18  and 3-yards for a 36-7 lead at the end of the first quarter.

Montano added a 30-yard field goal at the beginning of the second quarter and Fanun Woodberry caught a 26-yard scoring pass from Stefan Kahn with 8:32 left in the second quarter to make the score 46-7 which would stand as the final as Manvel substituted freely for the remainder of the game.

The Mavs offense put up 453 yards of total offense while Ball High was limited to only 162 total yards.

King hit 8-of-12 passing for 194 yards and three touchdowns while picking up 47 on the ground on two carries.

Pennamon had 10 carries for 69 yards and two scores while Jacoby Perro had four totes for 31 yards.

Hemphill had two receptions for 90 yards and two scores while Gary Haynes had one catch for 60 yards and a TD.

Woodberry had one grab for 26 yards and a score. Ball High had only 23 yards rushing and 139 passing. The Tors suffered two interceptions and lost one of two fumbles. Manvel had no turnovers.

The Mavs have an open date this week before they face Pasadena Memorial at Alvin Memorial Stadium on Friday, September 27 at 7:00 p.m.

This will be the District 22-5A opener for both teams.