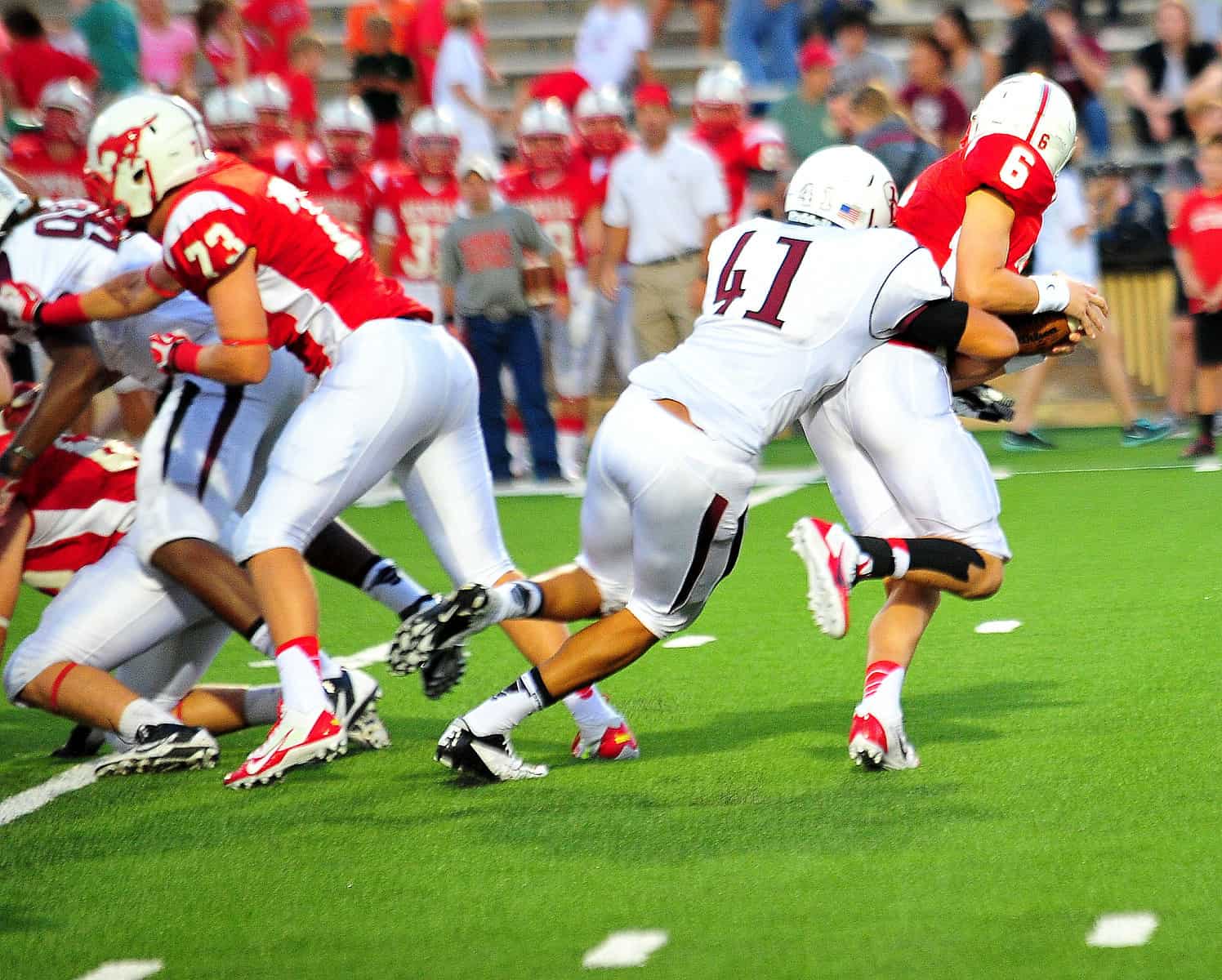 There was a lot of concern after the first half as to whether the Pearland Oilers would be able to knock off the Memorial Mustangs after each teams finished with less than 100 yards apiece in total offense.

Pearland won the first six times they faced the Mustangs, but entered the 2014 contest with a two-game losing streak to a very powerful Memorial team in 2011 and 2012. But the Mustangs weren’t the same as the teams that took the field the past two years.

The Oilers took advantage of an interception by senior Caleb Farris to score their only touchdown in the first quarter for a 7-0 lead while Memorial scored the first points this year against a tough Pearland defense on a 47-yard field goal with just seconds left in the opening half to cut the lead to 7-3 at intermission.

But Pearland came out the second half looking like a whole different team as the Oilers drilled the Mustangs with 35 unanswered points to remain undefeated on the season at 3-0. The 42-3 final was a dominating demonstration on both sides of the ball and taking command of the game and sending a strong message to the upcoming district teams that the Oilers are going to be the team to beat for the 22-5A crown.

The Oilers scored their only touchdown of the first half after Farris intercepted the ball and returned it 21-yards to the Memorial nine-yard line.

Three plays later, Hayden Cole walked in the end zone after great blocking up front for the Pearland touchdown with 6:55 left in the opening period for the 7-0 lead.

Pearland got only 58 total yards in the first half while Memorial managed 98 yards with 62 of that being in the air. The Mustangs had developed a reputation over the past few years of having one of the top ground attacks in the Houston area, but the Oilers completely shut down their running attack.

Memorial was forced to go to the air and they weren’t effective with that plan either as the Oilers got four interceptions during the course of the contest including two by senior Zach Kanipes.

Meanwhile, the Oilers were scoring at will in the second half while rolling up 266 total yards and 18 first downs. Senior QB Kalen Johnson hit 10-of-19 passing for 58 yards with one interception.

Head coach Tony Heath reached in his bag in the past and agreed with offensive coordinator Mike Norman that the Oilers should give Memorial a taste of their own medicine and ram the ball down the field.

Junior JaColbie Butler, who missed the Kempner game with a hamstring issue, returned to the lineup and led the Oilers in rushing with 14 carries for 103 yards and two touchdowns.

Butler scored the first touchdown of the second half on Pearland’s first possession as he dashed for a 7-yard touchdown with 6:57 left in the third period. Nicholas Keller hit the PAT giving the Oilers a 14-3 advantage.

After the Pearland defense forced Memorial to punt after three plays, Conner Chidester gathered in the punt at his own 32, brought the ball up field and then got some good blocking to find a seam to finish a 68-yard punt return for a touchdown at the 4:28 mark of the third quarter and a 21-3 lead.

Early in the fourth quarter, the Oilers mounted another scoring drive capped off by an 11-yard run by Butler to lead 28-3 with 10:22 left in the game. It took 11 plays to complete the 38-yard scoring drive.

Pearland added another score with 3:28 left in the game as Zach Boegler bulled his way for a 5-yard scoring run and a 35-3 lead.

The Oilers kicked off and on the first play, Memorial gave up their fourth interception of the game as Jason King picked off the pass and sprinted 25-yards untouched for the Pearland’s final score of the game with 3:20 left. Keller nailed his sixth PAT of the game to post the 42-3 final score.

Cole finished the game with 44 yards on eight carries and one TD. Boegler had four touches for 11 yards and one score. Johnson had seven totes for 24 yards. Sophomore Chase Foster had five carries for 26 yards.

Pearland has an open date this week, but will open up district play on Saturday, September 28 at Pasadena Memorial Stadium against the Pasadena Eagles at 7:00 p.m.